We Have The Program That's Right For You.

We Specialize in Kids Karate and Family Martial Arts! 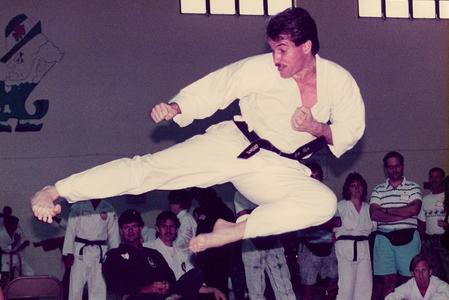 The FAU Karate Program continued to thrive and eventually became FKA-Boca Raton under Sensei Bob Siebelts. For the last 20 years I have been living my dream. FKA has become one of the top schools in the world. I have had the privilege to teach and train all over the USA and also in Japan and Europe. I have also hosted some of the top athletes and instructors in the world at my school. I have had the honor of watching my students win 6 World and Pan-American Championships and over 300 National Championships.

Now I continue to teach and train Martial Arts while raising my children, Alexa and Michael, with my wife, Sarah, surrounded by the friends and family we have come to love.

I founded Florida Karate Academy 20 years ago to achieve my life's ambition to provide the best martial arts instruction to the Vero Beach community that I grew up in. A graduate of Vero Beach High School in 1980, I started training karate over 30 years ago in Gainesville, Florida as a student at the University of Florida. I was initially interested in self-defense but came to love the high level of fitness and the discipline that martial arts training helped me to achieve.

After achieving my first Black Belt in Wado-ryu Karate from Sensei Mike Sawyer, I began teaching and discovered my passion for sharing the martial arts that I love and my talent for motivating young students. After graduating from UF in 1986, I moved to Boca Raton and began teaching karate at Florida Atlantic University. While winning 3 straight State Championship in Karate Competition, I also continued my Martial Arts training in Shorin-ryu Karate under Sensei Dan Smith and Niseido Jujitsu under Professor Rick Riccardi. In 1994, I moved back to my hometown of Vero Beach to establish Florida Karate Academy.